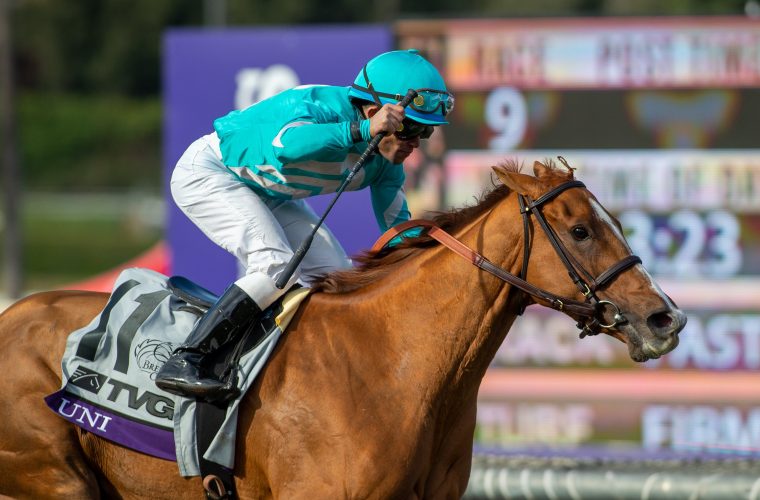 Uni (GB) was privately purchased by BSW/Crow and Mandore Agency in April of 2017. She became a star in America, defeating males in the 2019 G1 Breeders’ Cup Mile, a win that earned her the Eclipse Award as Champion Female Turf Horse in 2019. The Breeders’ Cup Mile was one of four G1 victories for Uni in addition to back-to-back scores in the G1 First Lady at Keeneland in 2019 and 2020 as well as the G1 Matriarch at Del Mar in 2018. Uni earned $2,650,000 on the track and sold at the end of her 6yo season through Elite Sales for $4.1 million at Fasig-Tipton’s Night of the Stars in 2020 to White Birch Farm (Peter Brant).