Thank you for your interest in BSW Bloodstock. Please fill out the following form and we will contact you as soon as possible. 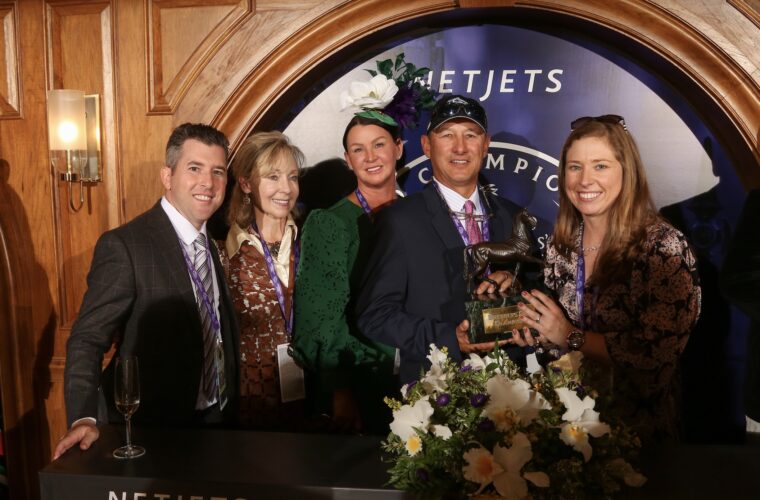 Liz Crow and Bradley Weisbord attend all of the major yearling, two-year-old, and breeding stock sales. They also enjoy shopping at the Horses of Racing Age sales around the world.

Liz was brought on in 2015 to better serve BSW/Crow clients at public auction. She has a hands-on approach to the buying process and strongly believes horsemanship comes first when selecting equine athletes.

In 2016, Liz found MONOMOY GIRL whom she purchased for $100,000. She has gone onto have a legendary career on the track earning over $4,420,000, which includes a G1 Kentucky Oaks victory, two wins in the G1 Breeders’ Cup Distaff, two Eclipse Award Championships and the distinction of selling for $9.5 million through Elite Sales at Fasig-Tipton’s Night of the Stars in 2020, a world record for a racing/broodmare prospect.

In 2021, $135,000 yearling purchase JACK CHRISTOPHER came on the scene, breaking his maiden in his debut at Saratoga, becoming a TDN ‘Rising Star’ before winning the G1 Champange at Belmont in his very next start. 2019 OBS April Purchase LADY ROCKET posted a 106 Beyer Speed Figure when winning the G3 Go For Wand, making her the fastest filly or mare on any surface in 2021.

2022 saw the emergence of GOODNIGHT OLIVE, who was purchased for $170,000 at the 2019 Fasig-Tipton October Sale. She completed an undefeated season with a win in the G1 Breeders’ Cup Filly & Mare Sprint, cementing her as 2022’s Champion Female Sprinter. JACK CHRISTOPHER continued his winning ways as well, taking the G1 H. Allen Jerkens in Saratoga as well as the G1 Woody Stephens before being retired to Coolmore’s Ashford Stud. Peter Brant also earned a g1 win in 2022 with 2020 Keeneland September yearling purchase GINA ROMANTICA, who captured the G1 Queen Elizabeth II Cup at Keeneland.