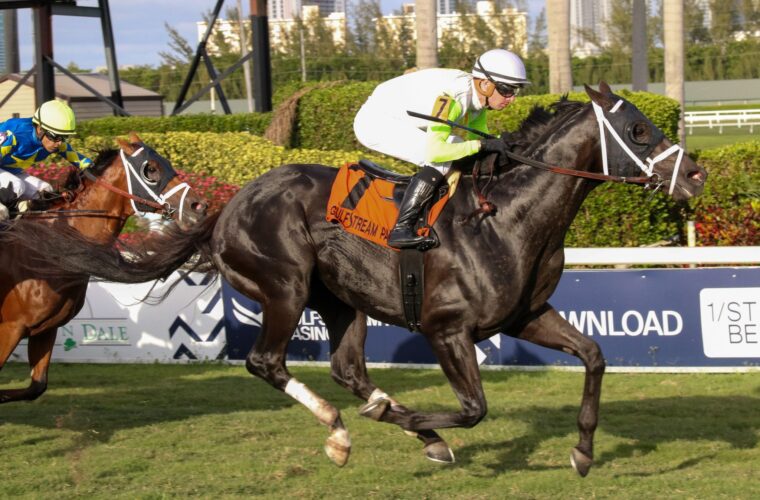 Stuart Grant’s The Elkstone Group debuted Social Paranoia who faced older horses for the first time last Saturday on the Florida Derby card. The 4yo son of Street Boss made a stunning last-to-first move on the far outside to outrun stablemate Sombeyay by 1 1/4 lengths to win the $100,000 G3 Appleton Stakes.

Social Paranoia had not run since capturing the Dueling Grounds Derby on the turf at Kentucky Downs last September in what proved to be his sophomore finale. Purchased by The Elkstone Group from the 2017 Fasig-Tipton July Sale for $75,000, Social Paranoia has increased his earnings to $837,760 running 2nd in the $1,000,000 G1 Belmont Derby last year.

Social Paranoia’s win capped a hat-trick of victories over the weekend of BSW management client The Elkstone Group.