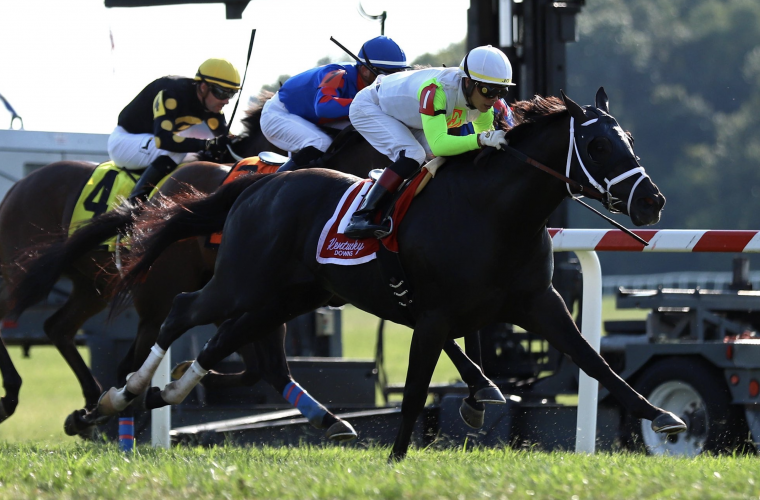 BSW clients continued their run of good fortune this weekend with a couple of good results in stakes races.

Social Paranoia, a $75,000 yearling purchase by Stuart Grant’s The Elkstone Group, took down his first stakes victory yesterday at Kentucky Downs, getting up in the shadow of the wire in the Dueling Grounds Derby. The dark bay son of Street Boss had earned multiple graded stakes placings, including a 2nd place finish in the G1 Belmont Derby, prior to his triumph in the $600,000 Kentucky Downs staple.

Grant is in the process of having a career year, having won 23 of 90 starts on horses he owns by himself, with an additional 21 2nd place finishes and 12 3rds, good for a 26% win percentage, while hitting the board at a 62% clip. The Elkstone Group also owns Champion Monomoy Girl in partnership, among others.

Jim Bakke’s Brooke Marie, a $70,000 BSW public auction yearling purchase, gained a first stakes placing on Friday at Belmont, running 2nd while being beaten just a neck after being caught just before the finish line in the Christiecat Stakes. The three year old daughter of Lemon Drop Kid has turned the corner since zeroing in on turf sprints, having run four good races in four starts over the surface this year.