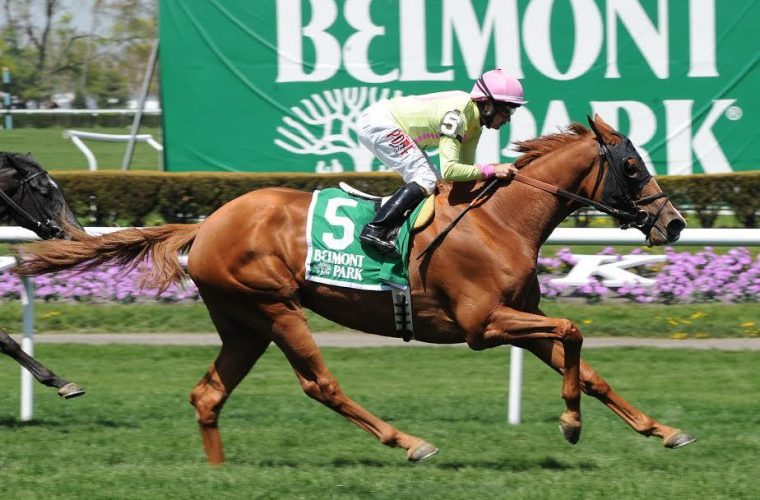 Rosalind closed out what was a win-win season for all involved running third in the (G3) La Prevoyante Stakes at Gulfstream Park on December 26th. She was purchased at the 2014 Keeneland November Breeding Stock Sale for $1,000,000 by SF Bloodstock and leased to Highclere America and partners. Making her debut for the new partnership in the (G3) Suwannee River Stakes at Gulfstream Park in February of 2015 Rosalind, ran a bang-up second to Sandiva beaten one length, and earning a 95 Beyer. She came back two races later to reward her owners notably winning the (G2) Sheepshead Bay Stakes at Belmont Park. After switching to the dirt for two tries and getting back on the sod she gained a coveted (G1) placing in the prestigious E.P. Taylor at Woodbine, grudgingly giving up the lead five strides from the wire.

She capped off the year pairing a career best thorograph of a 2 and making it her 7th race of the year running in the 90’s on Beyer Speed Figures. Rosalind ran 72 feet further than winner Goldy Espony (FR), being pushed out in the lane by second place finisher Maximova. Rosalind ran seven of nine races on the turf in 2015 and all of them she performed in the 90 Beyer level. This is a phenomenal feat by trainer Chad Brown who had her ready to run every outing. She earned over $300,000 for owners Highclere America and Mike Dubb and increased her broodmare value with the (G2) win and (G1) placing. 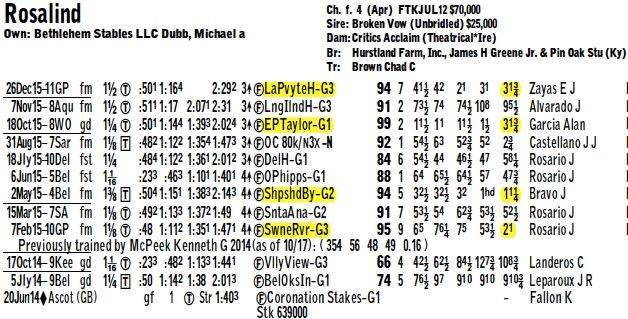 She will likely make the final start of her career in the (G3) Suwannee River on February 6th going 1 1/8th on the turf.

Congratulations to all involved!