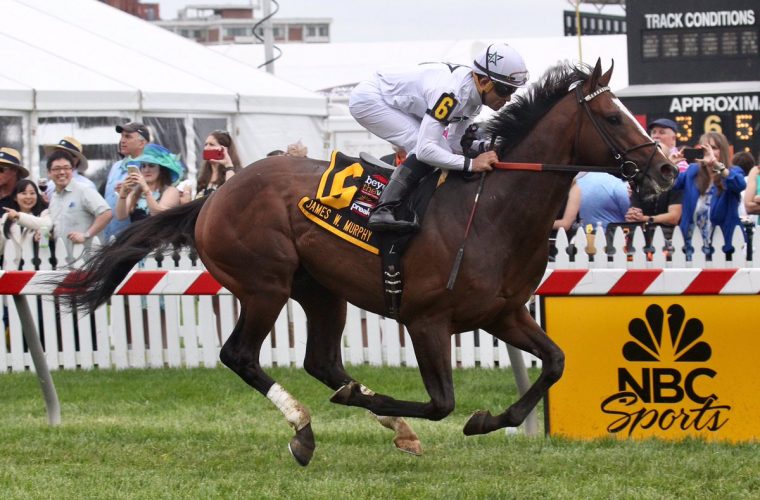 The son of Heart’s Cry (JPN) was part of a lease deal put together by BSW/Crow on behalf of Head of Plains Partners at the beginning of 2017 to join existing owners WinStar Farm, China Horse Club and SF Racing. Yoshida broke his maiden at Keeneland in April by 4 lengths and was named a TDN Rising Star for the effort. He has subsequently won the James W. Murphy Stakes at Pimlico on Preakness day and 2nd in the G2 National Museum of Racing Hall of Fame Stakes. He finally got his Graded Stakes victory in the G3 Hill Prince against many of his rivals and went on to win the G1 Old Forester Turf Classic (CD) and the G1 Woodward (SAR). Yoshida retired to stud at WinStar Farm for the 2020 breeding season.