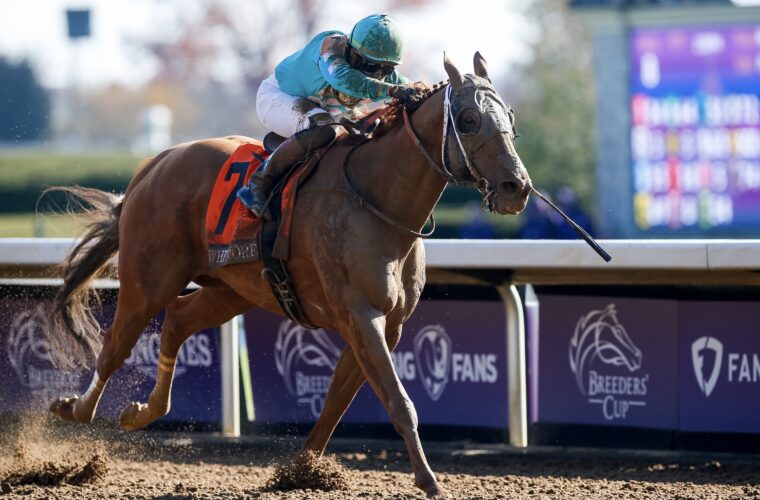 BSW/Crow privately purchased Whitmore for Head of Plains Partners after he won the Hot Springs Stakes at Oaklawn in March of 2017. In his 5-year-old campaign, Whitmore kicked off the year with back to back victories at Oaklawn in the Hot Springs Stakes and G3 Count Fleet Spring Handicap. Since then, he has paired back-to-back close seconds in G2 company in the G2 True North Stakes on Belmont Day and the G2 Belmont Sprint Championship Stakes and went on to win the G1 Forego on Travers Day- a “Win and You’re In” for the Breeders’ Cup Dirt Mile. In prep for the Breeders’ Cup, he ran a gut-wrenching second by a head in the G2 Phoenix and showed his mettle once again with a 2nd place finish in the Breeders’ Cup Sprint. At 6, Whitmore became the winningest horse in Oaklawn’s history, taking the Hot Springs Stakes for the third consecutive year and kept that streak rolling all year long to close out the year with a 3rd in the G1 Breeders’ Cup Sprint. At 7, Whitmore took the Hot Springs at Oaklawn for the fourth year in a row before picking up the G3 Count Fleet to end the meet at Oaklawn. After a 2nd place finish in the G1 Vanderbilt in Saratoga, Whitmore finally got his head in front in the G1 Breeders’ Cup Sprint, taking the race by a widening 3 1/4 lengths. Whitmore earned his first Eclipse Award for his 2020 campaign as he was named Champion Sprinter.