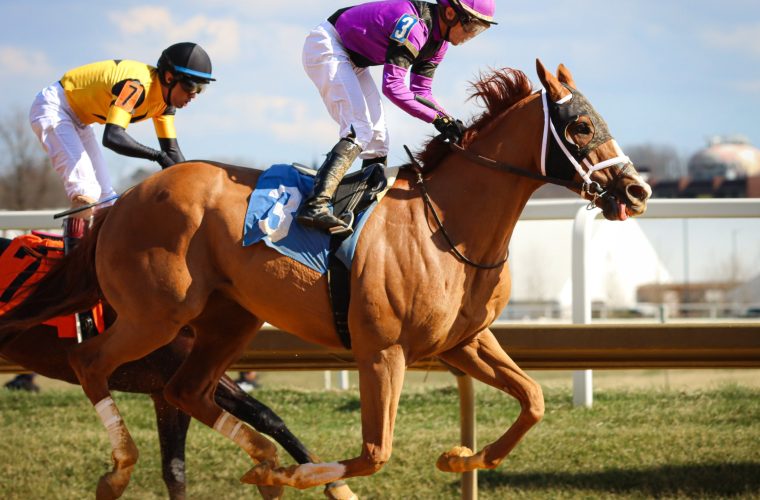 Privately purchased in the summer of 2018 on behalf of Madaket Stables, Ten Strike Racing and Michael Kisber, Whereshetoldmetogo is perhaps most famous for a race he didn’t win. In the G3 Gallant Bob at Parx, Whereshetoldmetogo would run 2nd, but not before trying to maul eventual winner Firenze Fire in mid-stretch. This year, Whereshetoldmetogo has passed the post first in back to back stakes wins and though he was disqualified in the New Castle S., he got his revenge by taking the Frank Y Whiteley over a full field of older sprinters. He followed that win up with a second consecutive stakes score in the Dave’s Friend at Laurel to conclude his five year old campaign.

Whereshetoldmetogo began his six year old campaign in similar fashion, taking the Not for Love Stakes at Laurel, marking his third stakes win in a row. He earned his seventh stakes win in the Alapocas Run at Delaware after a short break. He avenged his disqualification in the 2020 New Castle Stakes by capturing the 2021 version before ending his season with a win in the Howard and Sonda Bender Memorial, marking his 9th career stakes victory.

In his 7yo debut, Whereshetoldmetogo took the Not For Love Stakes for the second consecutive year. He earned his 11th career stakes win in the 2022 Alapocas Run, taking the race in back-to-back years.