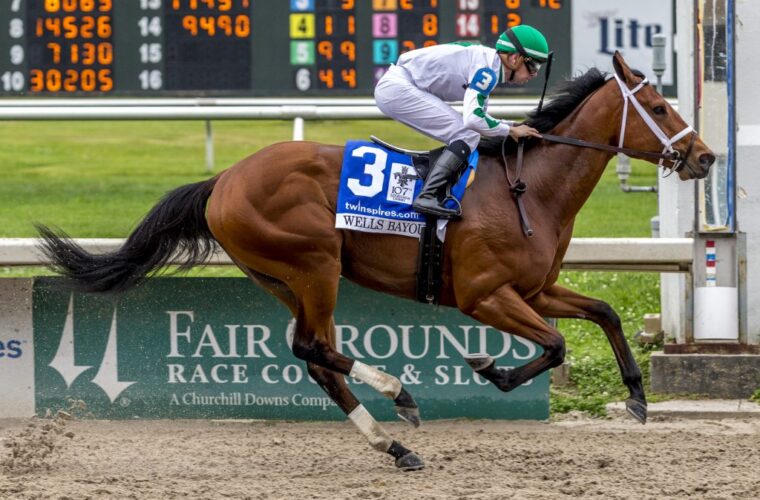 Purchased by BSW/Crow and Brad Cox from the 2019 OBS March sale for $105,000 for owners Lance and Glint Gasaway, Wells Bayou broke his maiden on debut at Keeneland in October of his 2yo season. He went on to win an allowance at Oaklawn before stepping up to Graded Stakes company in the G3 Southwest where he set an extremely hot pace and showed his class to gamely dig in finishing second. After this performance, BSW/Crow clients Madaket and Wonder Stables bought into the colt joining his original owners and were instantly rewarded as the 3yo son of Lookin At Lucky took the field gate to wire in the $1M Louisiana Derby (G2).