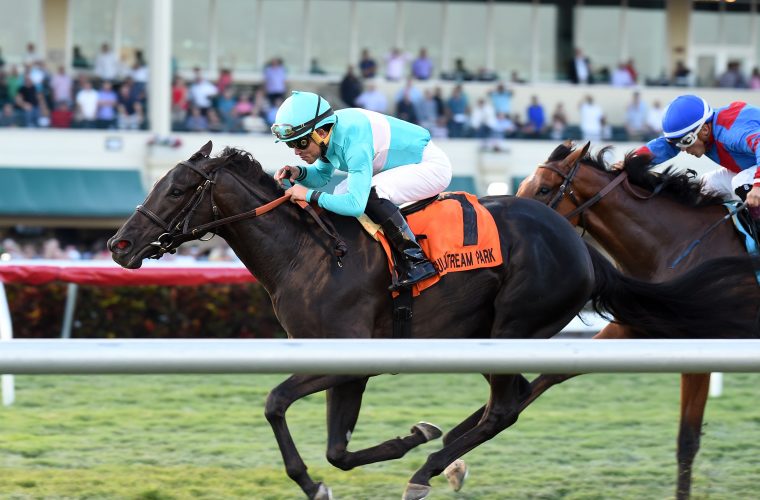 Rymska was purchased privately by BSW/Crow prior to the G1 Breeders Cup Juvenile Fillies Turf in 2016. She ran a troubled 5th in the Breeders Cup and started off 2017 with an impressive win in the G3 Sweetest Chant at Gulfstream Park. She followed that performance up with a win in the G3 Commonwealth Oaks and then a win in the Winter Memories Stakes to remain perfect in 2017. At 4, she won the G3 Athenia Stakes with a massive 104 Beyer and carried her momentum into her 5-year-old season winning the G2 Hillsborough Stakes followed by back-to-back 2nds in the G1 Jenny Wiley and G1 Gamely. In November of 2019, Rymska was sold by ELiTE Sales for $1,050,000 to White Birch Farm where she will begin her career as a broodmare.