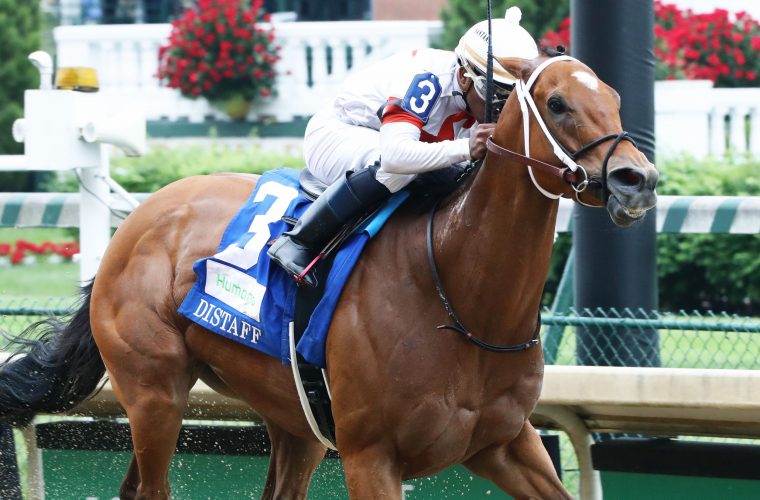 BSW/Crow privately purchased an interest in Mia Mischief after her win in the Purple Martin Stakes at Oaklawn Park. In her next out for the new partnership of Sol Kumin’s Madaket Stables, Heider Family Stables and W. & C. Heiligbrodt, Mia Mischief went wire-to-wire in the G2 Eight Bells on Kentucky Oaks day followed by a gutting 2nd place finish to MG1W Separationofpowers in the G1 Test. At 4, she started her season with a win at Oaklawn and a second in the Carousel (OP). Her biggest win to date came over KY Derby weekend when she romped home in the G1 Humana Distaff at Churchill. Since becoming the first Grade 1 winning filly by Into Mischief, she added another win in the Dream Supreme Stakes at Churchill to become a millionaire and was sold by ELiTE at the 2019 Fasig-Tipton November sale for $2,400,000 to Stonestreet Stables.