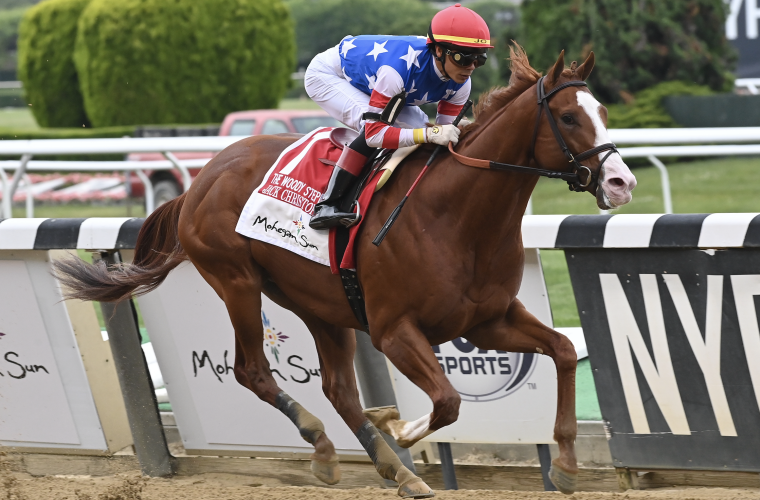 Purchased for $135,000 at the Fasig-Tipton October Yearling Sale, Jack Christopher broke his maiden on Travers Day in Saratoga by 8 3/4 lengths, becoming a TDN ‘Rising Star’ in the process for owners Jim Bakke and Gerald Isbister. In just his second start, Jack Christopher took the G1 Champagne at Belmont Park by 2 3/4 lengths for Bakke and Isbister, along with new owners Coolmore and Peter Brant, earning a 102 Beyer Speed Figure in the process, the highest for any 2yo since 2017.

Jack Christopher picked up in 2022 where he left off in 2021, capturing the G2 Pat Day Mile by an easy 3 3/4 lengths on Kentucky Derby day to kick off his 3yo campaign. “Jack” would notch his second G1 win in the Woody Stephens on Belmont Stakes day, recording a 107 Beyer Speed Figure while winning by 10 lengths. After a 3rd place finish in the G1 Haskell, Jack Christopher returned to sprinting, capturing his third G1 win when taking the H. Allen Jerkens while recording a 104 Beyer Speed Figure.

Jack Chrstopher was retired to Coolmore’s Ashford Stud at the end of his 3yo season, where he will stand his first season at stud in 2023.