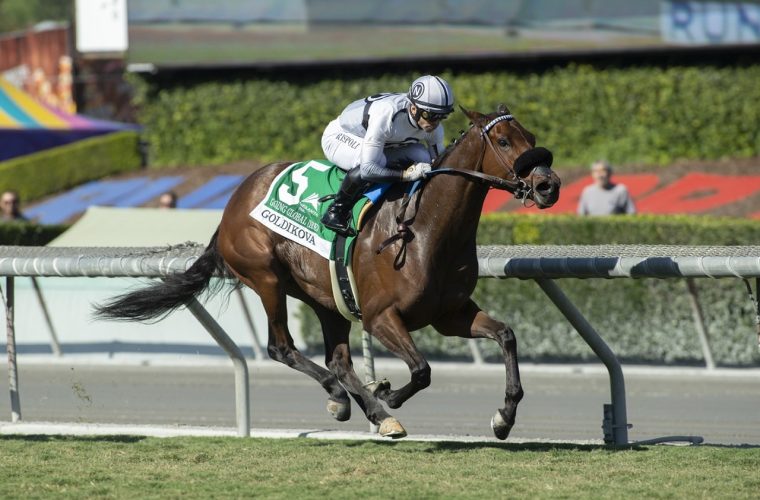 G1W Going Global captured her 8th graded stakes win in yesterday’s G2 Goldikova, a race which she won last year against older fillies and mares during Breeders’ Cup weekend in Del Mar. Running for owners CYBT, Michael Dubb, Saul Gevertz, Michael Nentwig and Ray Pagano, Going Global has now earned $1,137,292 in a career where she has captured 9 of her 13 starts since arriving in the US.

Trainer Phil D’Amato said “She’s just the epitome of a champion in my heart. She’s done so much for me. She’s won many graded stakes races in stylish fashion and she’s probably the best grass filly I’ve ever trained.