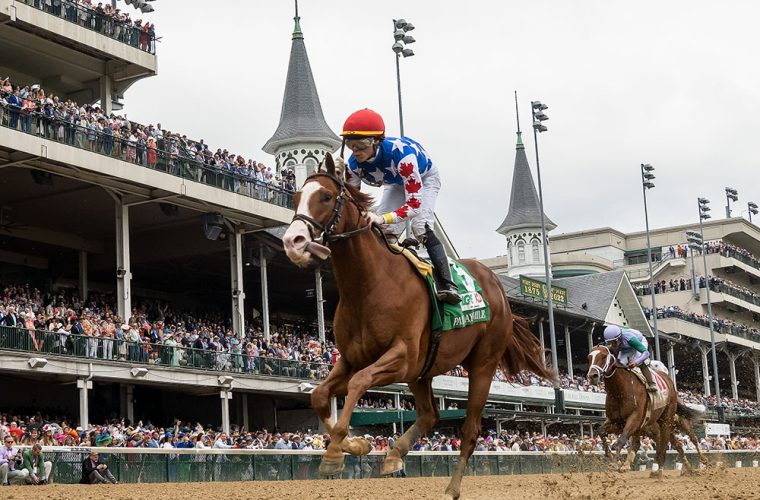 Jack Christopher winning a race on the first Saturday in May at Churchill Downs was something trainer Chad Brown thought about after the horse won his 2-year-old debut by 8 3/4 lengths last summer at Saratoga. The race he thought about was not the Grade 2 Pat Day Mile.

A shin injury diagnosed before the Breeders’ Cup Juvenile last November basically ended Brown’s Kentucky Derby hopes for Jack Christopher, who in his second start won the Grade 1 Champagne last October at Belmont Park. Saturday, in his first start since then, Jack Christopher showed he hasn’t lost a step, rolling to a 3 3/4-length victory in the $500,000 Pat Day Mile.

“To get him to the first Saturday in May and have him roar down the stretch and get to the winner’s circle but not get to the race that’s a few races later will always be in the back of my mind if he could have done it,” Brown said. “It is what it is. We have a great horse on our hands and I hope he has the long, successful career that he deserves.”

Jack Christopher came up alongside Pappacap at the three-sixteenths pole and drew away emphatically in the lane. Jack Christopher, a son of Munnings owned by Jim Bakke and Gerry Isbister, covered the mile in 1:34.81 over a good track and returned $3.40 as the 3-5 favorite. He earned a Beyer Speed Figure of 98.

“He broke, and the first couple of steps were a little slow, but then he got on his feet and I was able to be in a really nice spot,” Ortiz said. “I felt like were going moderate and I liked Pappacap today. I thought if one horse could beat him, it was Pappacap.”

Ortiz said when he got closer to Pappcap nearing the top of the stretch, he said he could hear jockey Flavien Prat on Pappcap asking his horse to run “and he wasn’t going anywhere, so I was very happy.”

Brown was happy with the trip Ortiz gave Jack Christopher.

“Jose did a great job riding this horse,” Brown said. “He got squeezed at the start, made a good decision to use him early to get him up and out in the clear, and really took control of the race from that point.” 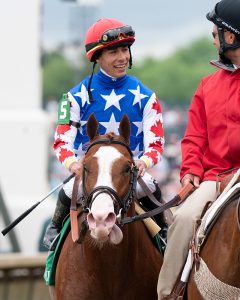 Brown said he hadn’t thought past the Pat Day Mile, so he’s not sure what might be next for Jack Christopher. The Grade 1 Woody Stephens at seven furlongs on June 11 could be one option. He could also use the listed $150,000 Pegasus Stakes at 1 1/16 miles around two turns at Monmouth Park as a way to get to the Grade 1 Haskell on July 23.

“You do have a bit of a distance quandary leaving this race,” Brown said. “Do you cut him back, do you stretch him out? I’m very confident the horse will stretch out. I’m not going to make any predictions that he’s going to get a mile and a quarter – that’s a lot to ask. But I won’t rule it out. I certainly think he can get farther than a mile.”