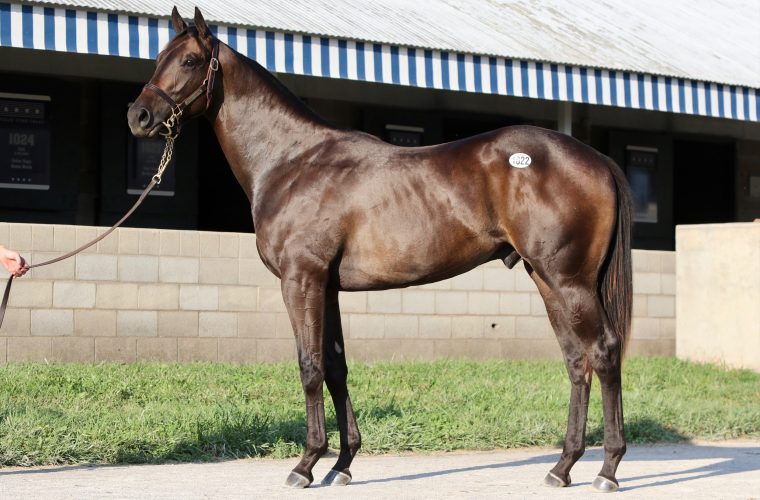 The new yearling-buying partnership headed by Bradley Weisbord, Liz Crow, and Brad Cox made some serious headway on building their arsenal over the past four days at Keeneland.

After wading with the purchase of three horses at The Saratoga Sale, Fasig-Tipton’s selected yearling sale in Saratoga Springs, N.Y., the partnership has purchased 17 yearling colts in Lexington for more than $5.9 million in receipts.

The prices of the acquisitions range from a $90,000 Accelerate Colt (Hip 727) taken Sept. 15 from the Garrencasey Sales consignment, to their $1 million Street Sense splash (Hip 1022) acquired Sept. 16.

“Brad Cox and I have been working together since 2014, really before either of us were on the map in the industry,” Crow said. “Luckily, both of us have had quite a bit of success, and it’s gotten us to the point where we were going to the sale and buying one or two clients a couple of colts, and that’s just not a recipe for success. The recipe for success is numbers and diversity.”

Many of the owners are existing clients with Cox, who Weisbord credited for the concept. Cox will train the majority of the purchases, though some horses may need to go to trainers at other circuits where last year’s 2020 Eclipse Award-winning trainer is not based, Weisbord indicated.

Weisbord hopes all the partners will see their names on the program when their horses compete and not be limited by publishing restrictions in the industry that have frustrated other large partnerships.

Crow indicated the group’s goal is to buy 15 or 20 colts “to try to win grade 1 races and try to make a stallion.”

She praised Weisbord, saying: “He’s a big part of this as he really pieced the partnership together.”

Others involved in examining potential prospects include Katelyn Jackson, Jake Memolo, Paul and Sarah Sharp, Gina Gans, and Kelsey Lupo. Cox also must approve every horse they buy after examining them.

“And Ned Toffey and Spendthrift Farm, they’re involved in the group. They’re a part of it,” Crow added. “So we sit down with their team and have a discussion every night, and they approve each horse, as well. It’s a big team involved in this to make all the decisions.”

Weisbord mentioned the involvement of Spendthrift owner Eric Gustavson and his wife, Tammy, who is the daughter of the late B. Wayne Hughes. He called the team of Crow, Toffey, and Cox their “three-headed monster.

Though the group made headlines for its seven-figure purchase Thursday, as a value purchase for them, Crow mentioned Hip 457, a $200,000 Tapit colt out of grade 1 winner Molly Morgan . Eaton Sales sold the colt as agent for Stonestreet Bred & Raised.

The group has shown a preference for proven sires, buying two colts by Into Mischief, “the best stallion in the world,” Crow said.

Still, they acquired some by young stallions if they met other criteria. One such horse is Hip 405, a $435,000 purchase by popular freshman sire City of Light out of the stakes-placed Dixie Union mare Inventive, making him a three-quarter brother to graded stakes winner Klimt (Quality Road).

They have sought out horses they expected to succeed on dirt, even if they had some turf blood in their pedigrees, such as Hip 18, a $400,000 Medaglia d’Oro colt consigned by St. George Sales with grass influences in his second and third dams.

Though most have pedigrees to route, Crow sees some short-distance types, noting an Into Mischief colt (Hip 589) out of graded stakes winner Vertical Oak sold by Summerfield for Stonestreet Bred & Raised. His dam won the 2017 Prioress Stakes (G2) at six furlongs at Saratoga Race Course.

“What a talented-looking horse,” Crow said.