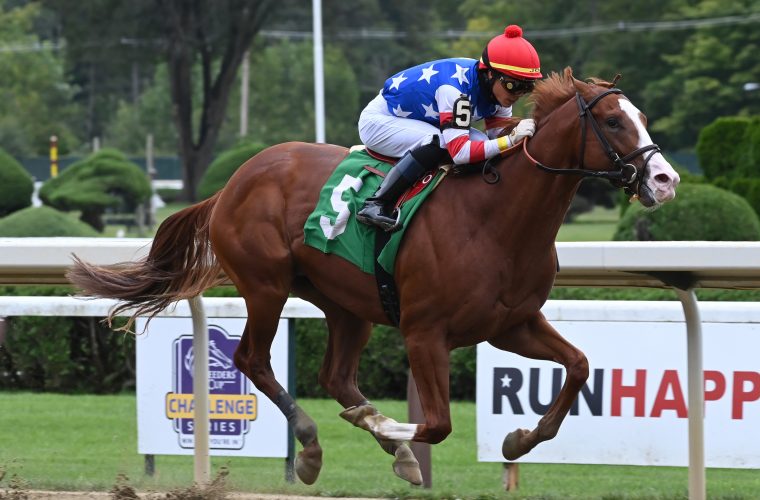 Four two year old’s broke their maiden over the last week for four different ownership groups, including Jack Christopher, who earned TDN ‘Rising Star’ status after his 8 3/4 length romp at Saratoga on Saturday for owners Jim Bakke and Gerald Isbister. The effort saw him earn a 92 Beyer Speed Figure, the second fastest of any 2yo this year. Jack Christopher was purchased for $135,000 at last year’s Fasig-Tipton October Sale.

Thanks to @TheRealChadCBr1’s team for having him 💪🏻 and to @jose93_ortiz 🎩 for a great ride! pic.twitter.com/t68Hfix2ry

Also on Saturday, Ten Strike Racing’s homebred Whittington Park made his second start a winning one, with a gate to wire effort of his own that led to a 7 1/2 length maiden win over the Saratoga main track. 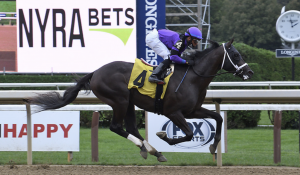 The Club, purchased for $170,000 at Keeneland September last year on behalf of Madaket, Wonder and Golconda, broke her maiden over the Saratoga turf on Thursday to get the week started in style. 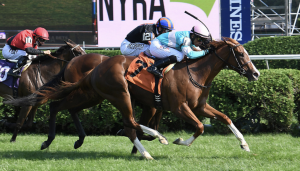 On Sunday, $97,000 OBS June purchase Crimson Rose closed out the weekend with a gate to wire win in her debut over the dirt Ellis Park. The Fed Biz filly is owned by Braun English Wolf and won by a widening 2 3/4 lengths in the end.