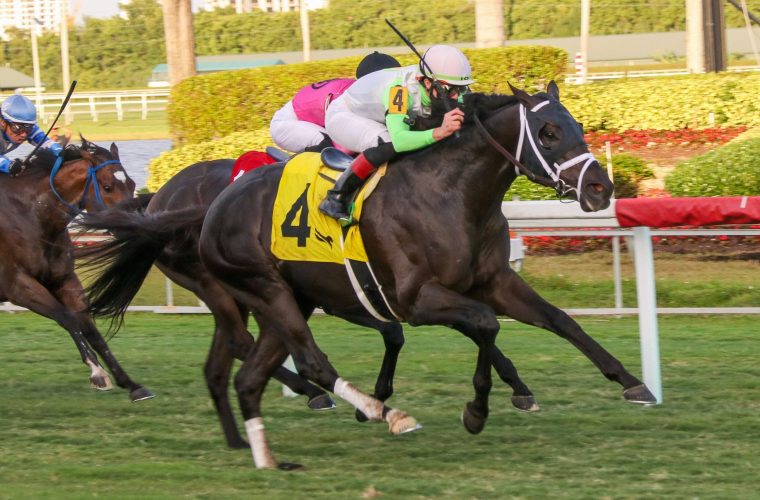 As we head towards spring, the weather is beginning to heat up and so is the stakes action.

The Elkstone Group’s Social Paranoia ships out to California to contest the G1 Kilroe Mile at Santa Anita on Saturday after running a good 4th in the G1 Pegasus World Cup Turf at the end of January. The drop back in trip to the flat mile should suit him well and he should be ready for a top effort in his third start off the layoff.

Public auction purchase Carpe Fortuna will look to build on her 3rd place finish in the Blue Norther last out when making her three year old debut in Saturday’s China Doll Stakes for owners Little Red Feather and Madaket Stables. Recent private purchase Going Global also runs in the one mile event for owners CYBT, Michael Dubb, Saul Gevertz, Michael Nentwig and Ray Pagano. She made her North American debut a winning one last month when she took the G3 Sweet Life Stakes at Santa Anita over a full field of three year old fillies. 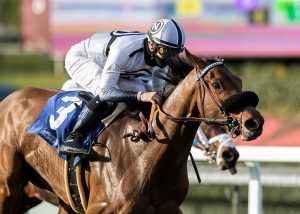 Crow-Sharp graduate Capo Kane shortens back up for the G3 $300,000 Gotham after finishing a hard fought 3rd last out in the G3 Withers after setting the pace. His last win came in the Jerome Stakes going one turn over the Aqueduct dirt in the Jerome Stakes where he crushed the field by 6 1/4 lengths. SF Racing, Starlight Racing, Madaket Stables, Golconda Stables, Siena Farm and Robert Masterson’s Freedom Fighter also runs in the Gotham after running 2nd, beaten just a half length in the G2 San Vicente in his three year old debut. The son of Violence had been off since his maiden breaking win at Del Mar in August and he looks like the one to beat in loaded version of this race. 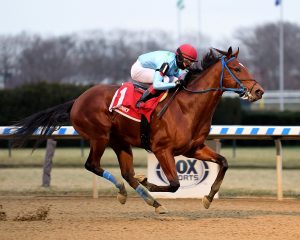 Miss Brazil stretches out to a mile for the first time in the Busher at Aqueduct for Madaket Stables, who joins original owner Team D for this race after she posted a dominant 6 1/4 length score in the Ruthless Stakes last month. The three year old daughter of Palace Malice came onto the scene late last year when she recorded a 93 Beyer Speed Figure in her maiden breaking win going 6 1/2 furlongs on the dirt at Aqueduct. 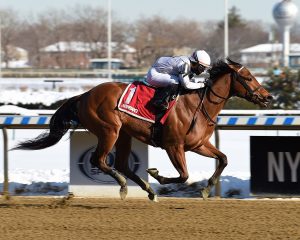 Howling Pigeon Farms, Wachtel Stables, Gary Barber and Madaket Stables’ Needs Supervision heads back to Aqueduct for the Heavenly Prize Stakes after finishing a close 2nd in the Interborough at Aqueduct in January. Also contesting this one mile event will be Ten Strike Racing’s Portal Creek who was 2nd, beaten just a neck over this course and distance two races back in the G3 Go For Wand where she earned a career best 97 Beyer Speed Figure. 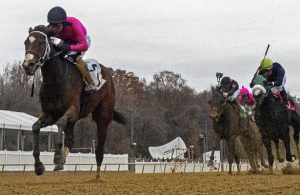 War Stopper goes in the G3 Challenger Stakes for Madaket Stables who joins original owner Salerno Stables after two impressive allowance scores at Gulfstream Park. The four year old son of Declaration of War looks to be one of the leading contenders in the short field of five. 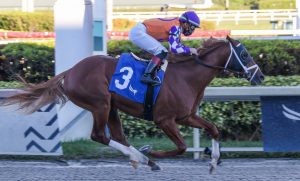 Winfromwithin returns to stakes action in the Columbia Stakes at Tampa Bay for owners Jim Bakke and Gerald Isbister after going gate to wire last out in his turf debut at Gulfstream Park. That effort saw him earn an 84 Beyer Speed Figure, which is the best last out figure of any horse in this race.

Public auction purchase Coach looks to get back on track in Saturday’s G3 Honeybee at Oaklawn Park where she will be looking for her first graded stakes victory for Kueber Racing. She finished 2nd last out in the Martha Washington over this track and has never been off the board in five starts to date. 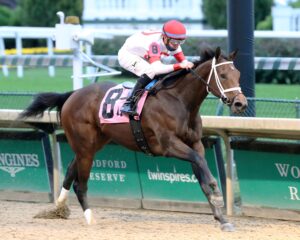