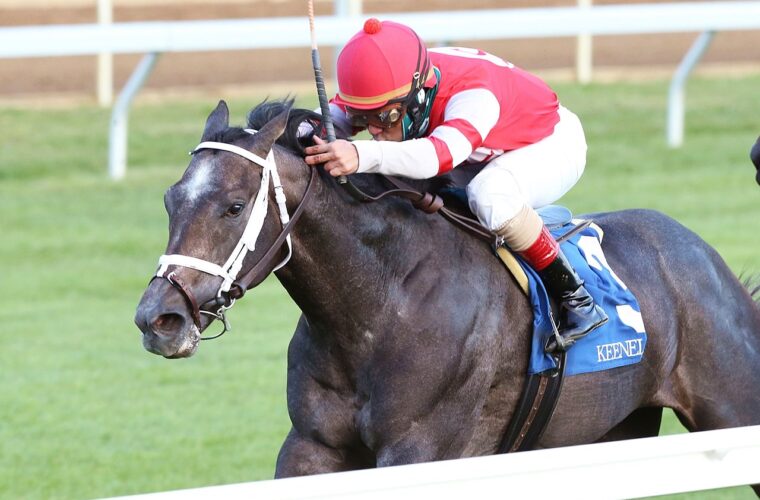 THAT is the Royal Prince we know!

The three year old son of Cairo Prince broke his maiden with ease last Fall at Keeneland and he is the younger half-brother two fellow public auction purchase and Champion, British Idiom.

At Gulfstream Park, private purchase Zofelle fell perilously short of picking up her second consecutive win, just missing by a nose to the multiple G1 winner Got Stormy in the G3 Honey Fox.

Owned by Heider Family Stables, Zofelle came into this race off a win in the G3 Marshua’s River. She earned a career best 95 Beyer Speed Figure for her efforts.