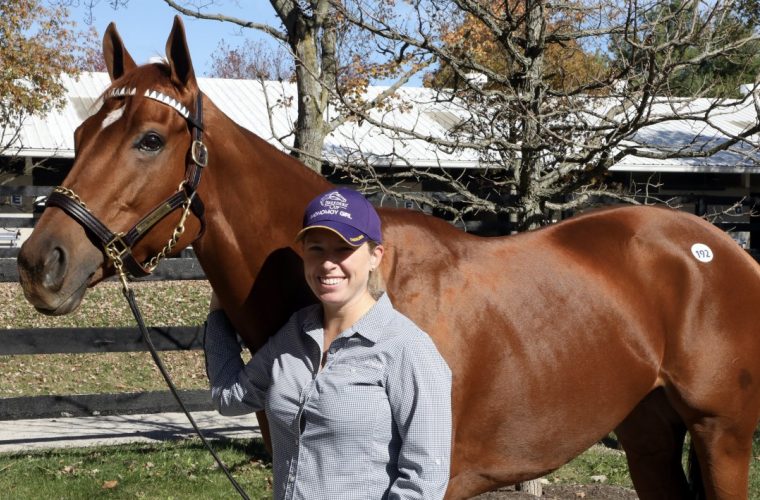 Despite the Covid-19 pandemic having a sizeable impact on sales – in terms of prices, location and dates – there have still been some astronomical sums spent on the most sought after bloodstock in 2020.

We run the rule over the five biggest prices registered at public auction over the last 12 months.

Very few mares achieve what Monomoy Girl did on the racecourse, and even fewer fetch the kind of sum she did when offered at the Fasig-Tipton November Sale.

The daughter of Tapizar has won 13 of her 15 outings for trainer Brad Cox, having been picked up by BSW Bloodstock and Liz Crow for $100,000 as a yearling. Her record features a remarkable seven Grade 1s, five of which came at three, including the Kentucky Oaks and Breeders’ Cup Distaff.

However, just as her star was in the ascendancy she was forced to miss her entire four-year-old campaign due to a bout of colic so serious that she required surgery. She suffered a further setback when pulling a muscle.

Despite those misfortunes, she returned better than ever after an 18-month layoff to win the La Troienne Stakes and her second Breeders’ Cup Distaff, with the latter success coming a little over 24 hours before she sold to B Wayne Hughes’ Spendthrift Farm for $9.5 million.

That figure makes her the joint second-highest priced racing or broodmare prospect sold in North America, a position she shares with Songbird, who sold in 2017. The record-holder is Havre De Grace, who was sold to Mandy Pope’s Whisper Hill Farm, the same connections who acquired Songbird, for $10m in 2012.

We may not have seen the last of Monomoy Girl’s racing career, as Spendthrift general manager Ned Toffey reported she would return to Cox for a 2021 campaign.

The Fasig-Tipton November Sale lived up to its billing as the ‘Night of the Stars’ in no uncertain terms as the high-octane auction supplied the three most expensive lots of the 2020 sales calendar, with Monomoy Girl and Rushing Fall preceded into the ring by Midnight Bisou.

The five-time Grade 1 winner has the distinction of being the highest-earning US-based mare of all time, with her 13 victories contributing to prize-money of $7,471,520. 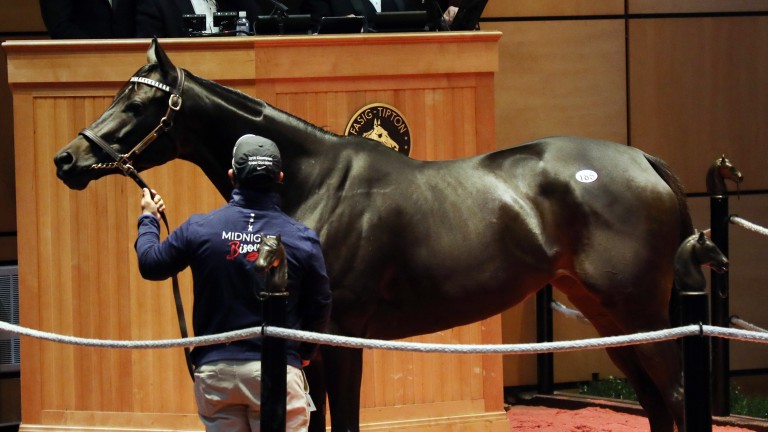 Trained by Steve Asmussen for the majority of her career, Midnight Bisou was signed for by Chuck Allen, who went to the $5m mark to buy out partners Bloom Racing and Madaket Stables and add the daughter of Midnight Lute, who cost just $80,000 as a two-year-old, to his broodmare portfolio.

“Chuck is Midnight Bisou’s biggest fan outside of Jeff Bloom – or maybe equal – and he bought himself a champion,” said Elite’s Bradley Weisbord. “It was fair value for the mare. She’s a superstar. She’s the highest-earning dirt mare of all time and she’s special.”