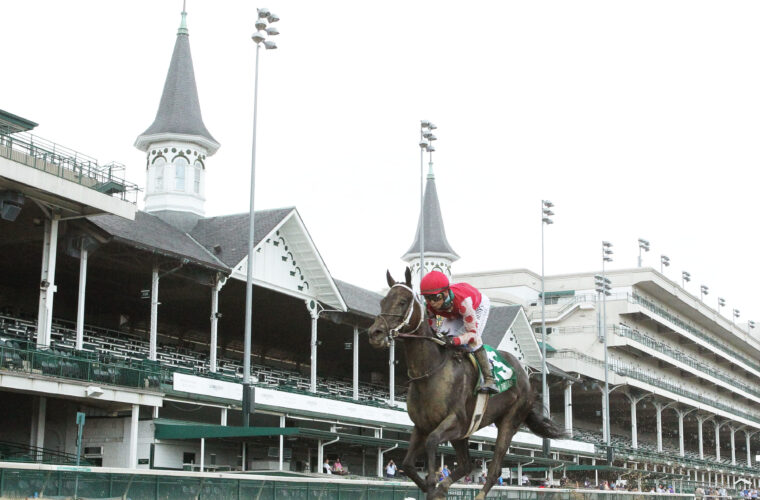 Reigning Champion Older Female Midnight Bisou blasted her foes in the G2 Fleur de Lis at Churchill Downs yesterday, where she was making her first start since running 2nd in the $20,000,000 Saudi Cup.

Away from the races for nearly four months, Midnight Bisou broke alertly under jockey Mike Smith before biding her time behind a torrid pace being set by Serengeti Empress. The dark bay daughter of Midnight Lute then ranged up with ease around the far turn before putting her rivals away in a matter of strides for owners Bloom Racing, Madaket Stables and Allen Racing. The win stretched her record to 13 wins from 21 starts and earnings of more than $7.3 million.

Also at Churchill Downs, Crystal Cliffs (FR) made her graded stakes debut and barely missed Grade 3 glory when finishing a rough luck 2nd, beaten just a head after being stuck on the hedge until the late stages of the race. The private purchase in conjunction with Mandore Agency was coming off a dominant allowance victory and earned an extremely solid 94 Beyer Speed Figure for owners Michael Dubb, Madaket Stables, Wonder Stables, Rebhan, K-Mac Stables, Goodrich and Parkinson.

North of the border, Malakeh (GB) ran a gallant 3rd in the G2 Nassau for owners Scott Heider, Madaket Stables and Michael Kisber. With the one two finishers running in the top flight the entire way, Malakeh was the only horse in the race to make up any sort of ground on the leaders in the closing stages.