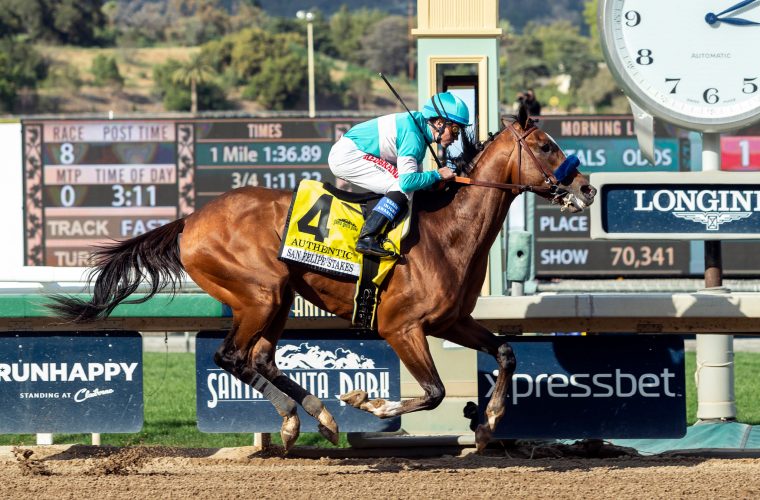 Authentic, stretched his undefeated record to three with another dominant victory in the G2 San Felipe last weekend at Santa Anita for owners SF Racing, Starlight Racing, Madaket Stables, Fred Hertrich, John Fielding and Golconda Stables. Prior to this race, Authentic was an easy debut winner before he ran away with the G3 Sham in early January by 7 3/4 lengths. For his efforts, Authentic earned 50 additional points towards the leaderboard for the Kentucky Derby. With his total now standing at 60, Authentic sits alone at the top of the standings.

At Oaklawn Park, Whitmore notched a record setting fourth consecutive victory in the Hot Springs Stakes. A BSW private purchase in the spring of his three-year-old year on behalf of Head of Plains Partners, joining original owners Robert LaPenta and Southern Springs Stables, Whitmore set another stakes record in this process, with his final clocking of 1:08.54 taking down the previous record of of 1:08.57 – a record he set in 2018. 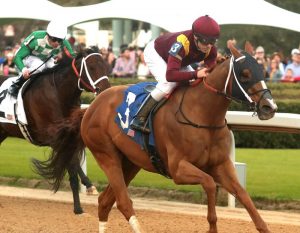 Multiple Grade 1 winning Mind Control made it three wins in a row with a come from behind victory in G3 Tom Fool as the highweight for owners Red Oak Stable and Madaket Stables. The four-year-old colt by Stay Thirsty will now set his sights on a start in next month’s G1 Carter Handicap where he will be looking for his third Grade 1 victory.