BSW clients were due for a quiet weekend after the successes of both Mr. Monomoy and Warrior’s Charge, but the action heats back up on Saturday, led by Midnight Bisou’s entry in the inaugural $20 Million Saudi Cup against some of the world’s best competition. 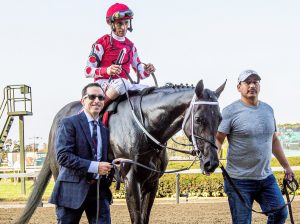 Privately purchased in the spring of her three-year-old year on behalf of Madaket Stables, joining original owners Bloom Racing and Allen Racing, Midnight Bisou was crowned was recently Champion Older Mare and now takes on males for the first time in the one-turn 1 1/8 mile event. By all accounts, the dark bay daughter of Midnight Lute has traveled two Saudi Arabia in good shape and will be one of the top betting choices in the 14 horse field. 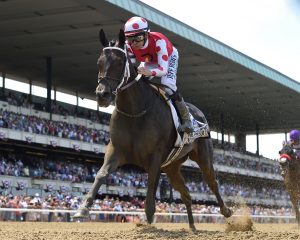 Stateside, a team of three will fillies will each be looking for their first graded stakes victories. 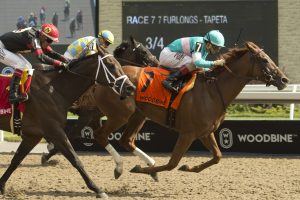 La Feve will look to build on her recent 3rd place finish in the South Beach Stakes when she takes her place in the G3 Honey Fox at Gulfstream Park. Purchased by BSW Bloodstock in conjunction with Mandore Agency on behalf of Madaket Stables, Robert LaPenta, Lindy Farms and Team Hanley, the French-bred four-year-old filly contests this race along with the BSW syndicated Munchkin Money, who returns to the races after finishing 2nd, beaten just a half-length in the G3 Marshua’s River in early January for owners Sweet Home Stables, Mark Parkinson, Brian Martin, Steven Bouchey and Tony Weintraub. 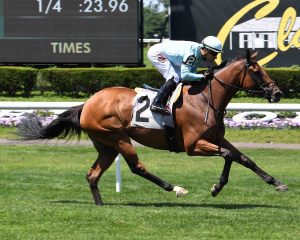 In the G3 The Very One Stakes, Empressof the Nile will be looking for her first graded success after missing by just 3/4 of a length in the G3 Long Island at Aqueduct at the end of November. The BSW public auction purchase had previously taken the Zagora Stakes at Aqueduct after finishing a close 2nd in the G2 Glens Falls at Saratoga last summer. 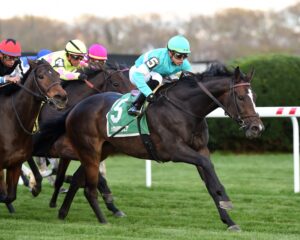 Mr Freeze, the 2nd place finisher in the G1 Pegasus World Cup last month, will return in the G2 Gulfstream Park Mile for owner Jim Bakke. The five-year-old son of To Honor and Serve arrives to this spot in career best form, having hit the board in three consecutive graded stakes races after his win in the G3 Ack Ack at Churchill Downs in September.

BSW clients end the day in the G2 Mac Diarmida where Channel Maker will be making his six-year-old debut. Channel Maker, acquired by Adam Wachtel and Gary Barber through BSW Bloodstock before the 2016 Breeders’ Cup as well as when 50% was sold to form a new partnership with RA Hill and Reeves Thoroughbreds through BSW again before the 2018 Breeders’ Cup, Channel Maker took down his second G1 victory in 2019 when notching the Man o’ War at Belmont and ran a good 2nd back at Belmont in October when he was narrowly beaten in the G1 Joe Hirsch Turf Classic.