A pair of Grade 1 victories over the opening weekend of Keeneland got BSW clients off to a strong start for the Fall meet. 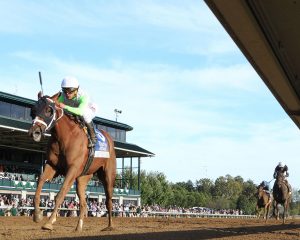 On Friday, BRITISH IDIOM wowed by winning the G1 Alcibiades in just her second lifetime start. A $40,000 OBS October Yearling sale purchase by Liz Crow for The Elkstone Group, Madaket Stables, Michael Dubb and Bethlehem Stables, BRITISH IDIOM impressively broke her maiden on debut at Saratoga and backed up that effort with a dominant G1 win next out. A “Win and You’re In” for the Breeders’ Cup Juvenile Fillies, BRITISH IDIOM looks to take trainer Brad Cox back to the winners circle with the same connections behind 2018 Champion MONOMOY GIRL.

The next day, UNI (GB) absolutely dominated the G1 First Lady over her heavily favored stablemate RUSHING FALL for owners Michael Dubb, Robert LaPenta and Head of Plains Partners and trainer Chad Bown. Launching 6-wide at the top of the stretch, UNI flew come to close in a final time of 1:32.87- a course record breaking performance! 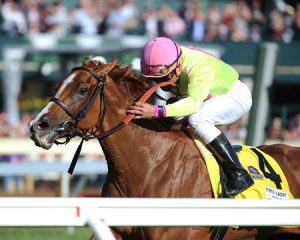 She earned a 105 Beyer for her win which was the best figure given out on paper all weekend from coast-to-coast.

Both fillies will look to make their next starts in the 2019 Breeders’ Cup Championship races at Santa Anita.