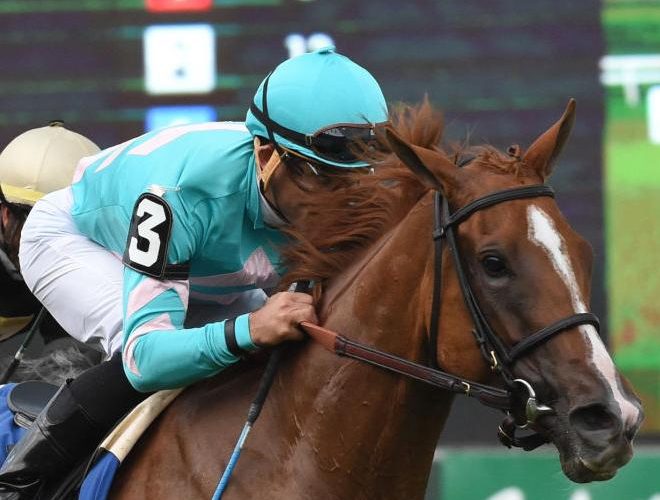 Uni (GB), a BSW Bloodstock/Mandore Agency European private purchase, stretched her winning streak to five races after an easy win in the Perfect Sting Stakes at Belmont on Saturday.

Coming into the race off a layoff of nearly seven moths since her triumph in the G1 Matriarch at Del Mar in December, Uni sat at the rear of the field before inhaling her competition with ease at the top of the lane to win geared down by a length. 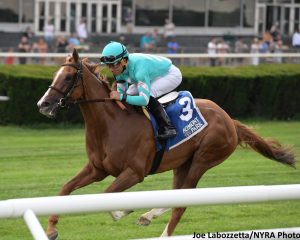 Campaigned by Michael Dubb, Head of Plains Partners, Robert LaPenta and Bethlehem Stables, Uni looks to be heading towards a new task this summer – taking on the colts in the G1 Fourstardave at Saratoga on August 10th. 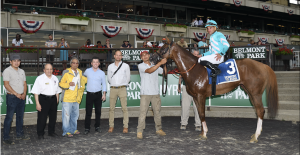 Since arriving in the United States in June of 2017, Uni has run nine times, hitting the board in eight of those nine attempts with. The five year old mare by More Than Ready will be consigned by Elite Race Sales at the conclusion of her career. 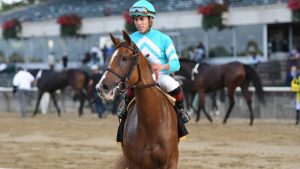