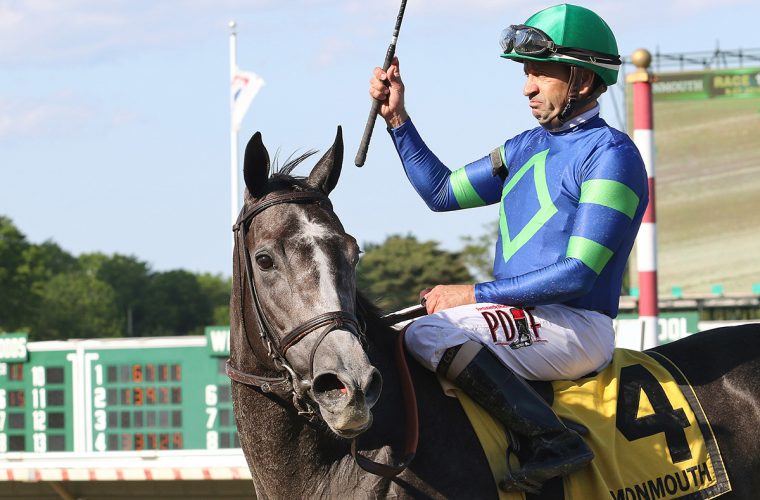 First Row Partner’s ROYAL CHARLOTTE (Cairo Prince) kept her undefeated record alive with a win in the Hystericalady S. at Monmouth for trainer Chad Brown. Purchased by Liz Crow for $65,000 at the 2017 Keeneland September sale, Royal Charlotte dominated the field of 3-year-old fillies and drew away under a hand ride.

POLE SETTER, purchased by Liz Crow from OBS April ’18 for $220,000 for Steve Landers, continued to show his dual-surface ability as he took a stacked field wire to wire in the Paradise Creek Stakes at Belmont. The 3yo colt by Take Charge Indy and trained by Brad Cox boosted his earnings to $178,700.

Congrats to all of the connections on the impressive success of these BSW public auction purchases!