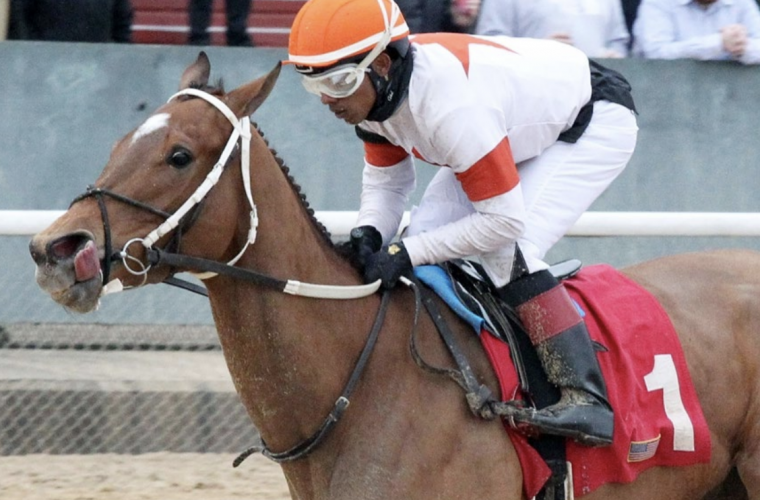 Originally published by BloodHorse.com on March 4, 2019.

The 4yo Into Mischief filly last race four months ago in the Nov. 3 Breeders’ Cup Filly & Mare Sprint (G1), marking the end of her sophomore season. Campaigned by Heiligbrodt, Heiligbrodt, Heider Family Stables and Madaket Stables and trained by Steve Asmussen, Mia Mischief brought her record to 5-5-0 from 12 starts with $549,620 in earnings.

Mia Mischief outran stablemate Sister Nation in the stretch Sunday, to complete the $88,000 test in a final time of 1:11.29 over a good (sealed) track. Breaking from the roack, Ricardo Santana Jr. allowed Mia Mischief to settle behind the leaders. After fractions of :22.21 and :46.67, Santana guided Mia Mischief off the rail and found clear sailing three wide. 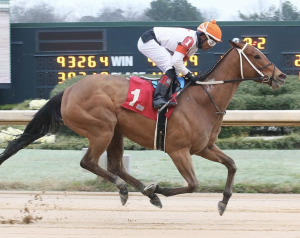 Mia Mischief began her 3yo season with a second-place finish in the Dixie Belle Stakes at Oaklawn. She followed with back-to-back victories in the Purple Martin Stakes and Eight Belles Stakes (G2) on Kentucky Derby day. She then went on to be runner-up in both the Test (G1) and the Prioress (G2) at Saratoga.

“Always a little extra nervous bringing them back from a freshening. Mia Mischief was so sharp today. Team Asmussen, I greatly appreciate your incredible horsemanship. Mia was one happy filly today! Big year ahead!” said co-owner Scott Heider.