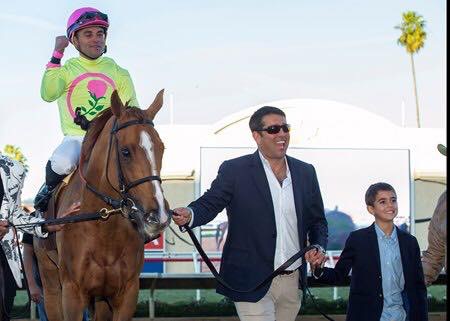 Breaking from post 13 under Joel Rosario, Uni settled at the rear of the field about fifteen lengths off the front runners. Joel tipped her off the rail 5-wide as she entered the far turn and like a rocket, she flew home the final furlong in :11.0, hitting the wire first by 1/2-length over Daddy Is a Legend in a final time of 1:34.25 for the mile. 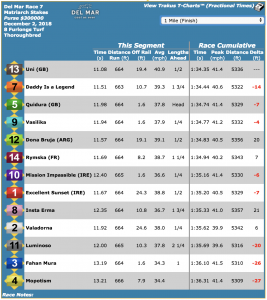 “I could tell they were going a little quick up front because my filly has some speed and we were far back,” Rosario said. “But she was comfortable, so I was too. I just wanted to make one move with her. About the 3 furlong (pole), I could feel she was good under me, so we went outside and she went on with it. She’s a nice one.”

Uni’s win was her fourth in as many 2018 starts and improves her overall record to 14-7-3-2. The 4-year-old daughter of More Than Ready increased her career earnings to $892,880 for co-owners Michael Dubb, Head of Plains Partners, Robert LaPenta, and Bethlehem Stables.