Two of the most consistent European fillies on the BSW roster ship west to Del Mar for the $300,000 G1 Matriarch. Click to view race PPs. 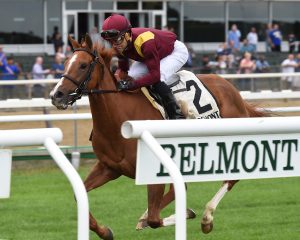 G2W/G1P UNI (GB) is undefeated in her three starts in 2018. Posting a career best 98 Beyer, she was most recently seen winning the G3 Nobel Damsel for Head of Plains Partners, Mike Dubb and Bob LaPenta. Privately purchased by BSW Bloodstock in conjunction with the Mandore Agency in May of 2017, UNI has proved to be a model of consistency with a U.S. record of 4 wins- 1 second- 1 third- from 7 starts. 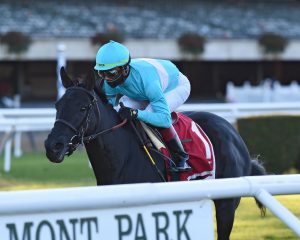 Fellow Chad Brown-trainee MG3W RYMSKA (FR) also comes into the G1 Matriarch off of a lifetime best effort. On October 21st, RYMSKA scored in the G3 Athenia by 2 1/2 lengths under wraps to earn a monstrous 104 Beyer. Since shipping to American late in her 2yo year, this 4yo filly is now a 3-time G3 winner for Sheep Pond Partners, Alain Jathiere, Tom Coleman and Elayne Stables.