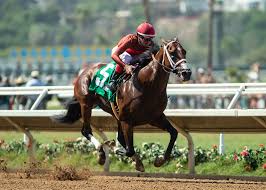 Going two-for-two in 2018, TATTERS TO RICHES recently rolled in stakes company at Del Mar to win going away by 3 3/4 lengths making easy work of the 8 furlong test. Liz Crow and Paul Sharp purchased the colt by Union Rags from the 2016 Keeneland September sale for $60,000. The partnership then offered the colt at the 2017 OBS April Sale where Jeff Mullions signed the $1,000,000 ticket for Red Baron’s Barn and Rancho Temescal.

Earning a career best 96 Beyer for this effort, Tatters was three deep early, took the lead in the upper stretch and inched away under left handed urging to win clear.

A $150,000 OBS April ’18 purchase by Liz Crow, Stellar Agent pursued the front runners to then engage in a duel in the stretch. Vying in between horses, the daughter of More Than Ready shook off any competition and kicked clear in the final sixteenth to win convincingly. 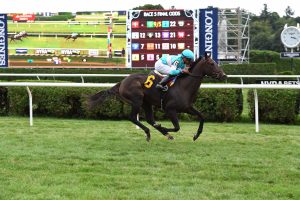