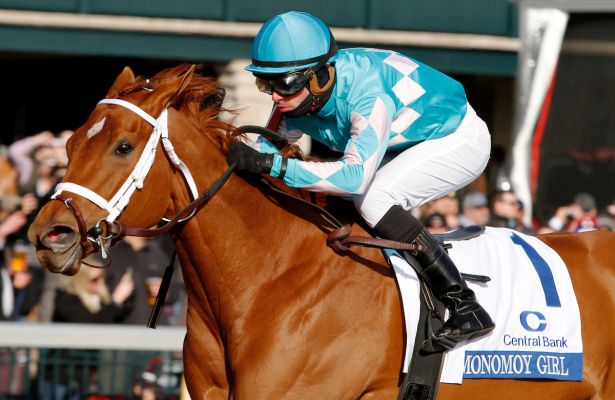 Things came full circle for the team behind MONOMOY GIRL this Saturday, April 7 at Keeneland. Purchased at the September Yearling Sale in 2016 by Liz Crow, the Brad Cox trainee went wire-to-wire in the G1 Ashland for owners Mike Dubb, Monomoy Stables, The Elkstone Group and Bethlehem Stables.

Heading into the gate as the 1-5 favorite, Monomoy Girl was sent to the lead by jockey Florent Geroux from the start and never looked back. She went untested on the lead, setting her own pace to then draw away from the field in the stretch, crossing the wire in a 5 1/2 length victory. 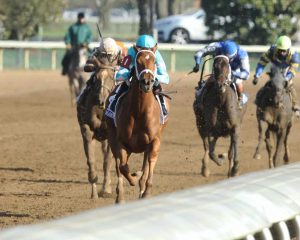 This marks Brad Cox’s first G1 victory as a trainer. “It’s special,” Cox told the TDN, “It means a lot to me that we’ve had her since her 2-year-old-year. She’s really developed. We thought at lot of her last year and she’s obviously taken it to the next level.”

Buyer Liz Crow holds Monomoy Girl in the same regard. Crow spotted her potential talent early on at the Keeneland September Yearling Sale purchasing her for $100,000 out of Book 3. After the Ashland, Crow went on to say, “It’s a very special feeling to win a G1 at Keeneland. I purchased her here in Book 3 and she was the first official yearling I signed my own name on the ticket as purchaser. It feels like everything has come full circle.” 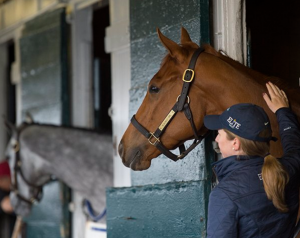 It’s difficult to say who her win means the most to but one thing is for certain, the entire team behind this special filly have their eyes set on Louisville and the Kentucky Oaks.