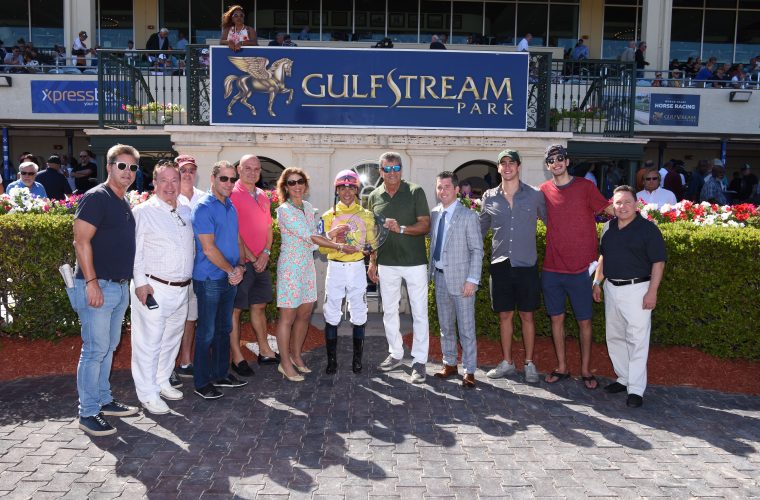 ThewayIam (FR) made history on Saturday while winning the G3 Herecomesthebride at Gulfstream Park. She became the first filly to ever win the Ginger Brew Stakes, G3 Sweetest Chant and G3 Herecomesthebride. Owned by Great Point Stables, Mike Dubb, Bethlehem Stables and The Elkstone Group, ThewayIam was a BSW Private Purchase from France in conjunction with Mandore Agency.

Getting another text book ride from leading jockey Jose Ortiz, ThewayIam put her dazzling closing speed on display, closing the last 1/16 in 5.8 seconds. This speed resulted in the second fastest time in the history of the race since being moved to the 1 1/16 mile distance including a faster time than Champion Catch a Glimpse.

ThewayIam will target the G3 Edgewood at Churchill Downs on May 4 as her next possible start.