Mind Your Biscuits to Stay in Training for 2018 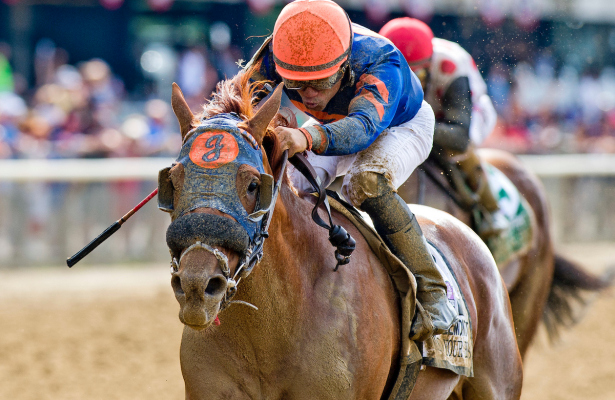 Multiple Grade 1 winner Mind Your Biscuits will ship down to Florida within the next few days for a week’s worth of walking in the sun following his runner-up performance to 5 ¼-length winner Sharp Azteca in the Grade 1 Cigar Mile on Saturday.

The 4-year-old Posse colt finished a willing second under Irad Ortiz, Jr., aboard for the first time since riding him to victory in his maiden breaker over the slop at Aqueduct on April 9, 2016. It was the colt’s first race back since his third-place finish in the Breeders’ Cup Sprint at Del Mar. The Chad Summers-trained 2016 New York-bred Horse of the Year has six wins, seven placings, and three show finishes from 19 starts and $2,509,166 in career earnings. As of now, Summers and his connections will decide where to point next for his 20th start, and have plenty of options to consider. 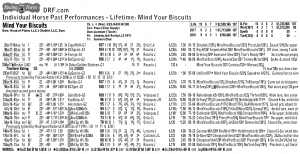 “We’re doing well. I was real proud of him,” Summers said. “He showed everybody what he can do. Obviously, we ran into a monster in Sharp Azteca. But it’s funny, I did an interview awhile back, and I said Sharp Azteca will be a Grade 1 winner someday, I just hope I don’t have to run against him when he does it. Obviously, he was the horse to beat, and he showed it, but I was proud of my horse.

“He ran against the bias, ran a clear second against a few nice horses that are going to be stallions for a lot of money, so with our little Posse connection, we showed up, and he beat them up, so I’m proud of him.

“I’m hoping he can capture the New York-bred title,” he added. “There’s a New York race here on January 18, it’s seven eighths, but we have a lot of different things considered right now. We have the Pegasus [World Cup Invitational], Dubai, the Carter, the Met Mile. Going longer has certainly been on the radar for a long time, but the Carter is seven-eighths, and perfect for him. It’s great to have options. If I was a percentage guy, I’d say 15 percent looking at the Pegasus, plus there’s the General George, the Golden Shaheen, and the Gulfstream Sprint.”

Summers said Mind Your Biscuits will settle in at Palm Meadows as his connections weigh the possibilities.