A Weekend of Close 2nds 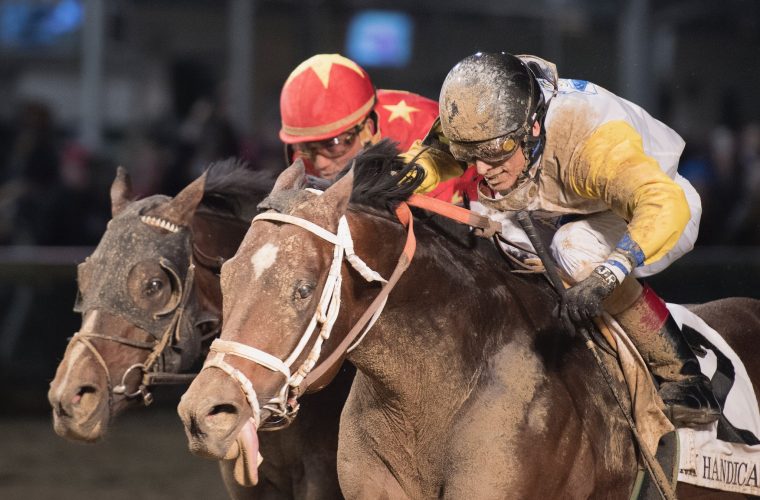 As it happens in racing, sometimes it all goes your way, and sometimes you fall just short… BSW Bloodstock experienced the latter this past weekend when three horses ran their career best Beyers but still finished 2nd in two G1s and a G2.

On the Friday after Thanksgiving, Good Samaritan ran in the G1 Clark H. at Churchill Downs. Given a patient ride by Joel Rosario, he closed quickly down the middle of the track but could not catch Seeking the Soul who won by ½ a length.

Good Samaritan earned a career best 102 Beyer and will have a slight break before targeting older horse handicaps in 2018.

On Saturday afternoon, Monomoy Girl ran an incredible race in the G2 Golden Rod at Churchill Downs to just come up short on the wire. Engaged in very speedy fractions with eventual winner Road to Victory, Monomoy Girl battled hard down the lane but came up a neck short. 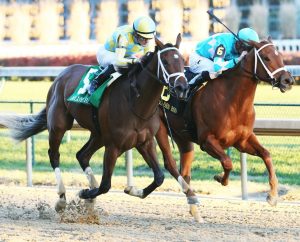 They stopped the clock in 1:43.36. One hour later the boys ran the G2 Jockey Club in 1:44.42, over a second slower than Monomoy Girl and Road to Victory (approx. 5 lengths difference). In the entire history of the G2 Golden Rod, only one filly ran it faster — eventual Champion Rachel Alexandra. Monomoy Girl ran a 91 Beyer, 8 1/4 Rag and is hot on the 2018 Kentucky Oaks trail. 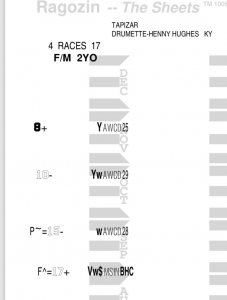 Meanwhile on the West Coast, Channel Maker rounded out the day with a thrilling performance in the G1 Hollywood Derby at Del Mar. Getting the rail ride from Javier Castellano, he cut the corner coming into the stretch and almost had enough run to catch Mo Town who won by a length. Channel Maker earned a career best 98 Beyer to cap off what has been a long campaign and hard fought 2018. He will have a break and prepare for the big 1 1/8 mile – 1 ¼ mile races in 2018.

BSW Bloodstock sister company ELiTE Sales also shared in coming oh so close to G1 glory as Insta Erma ran a very game 3rd in the G1 Matriarch at Del Mar. Insta Erma was sold at ELiTE’s first ever consignment at Fasig-Tipton July HORA Sale and marked the first graduate of ELiTE Sales to get a G1 placing.