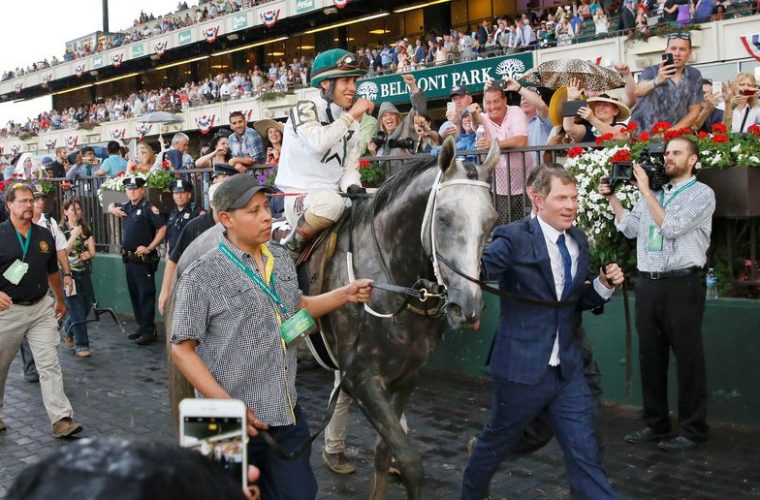 “[Flay] called me on Monday after he studied the Belmont prospective field and said he’d like to buy into J Boys Echo,” revealed BSW Bloodstock’s Bradley Weisbord, who brokered the deals both for J Boys Echo and Creator. “I didn’t necessarily think it could be done because the Albaugh Family generally owns 100% of their horses, but he said to get to work. Through the help of [Dennis Albaugh’s son-in-law and the stable’s general manager] Jason Loutsch and [trainer] Dale Romans, we were able to come to an agreement. We vetted the horse yesterday and today–the horse checks out good–and we’re hoping lightning can strike twice, obviously relating back to last year’s Wednesday-before-the-Belmont purchase of a minority interest in Creator.”

A winner of Aqueduct’s GIII Gotham S. over eventual GI Preakness S. hero Cloud Computing (Maclean’s Music) Mar. 4, J Boys Echo, a $485,000 KEESEP yearling, was fourth in the GII Blue Grass S. Apr. 8 and was last seen finishing 15th after a rough start in the GI Kentucky Derby May 6. He will continue to carry the Albaugh Family silks and be conditioned by Dale Romans.

“I thought that in his last two races he was compromised by trips and traffic, and I loved his race in the Gotham,” Flay told the TDN when asked what about J Boys Echo interested him. “I feel like he’ll be able to work out a better trip than he did in the last race in the Belmont just because it’s a mile and a half with the long, sweeping turns, plus [jockey] Robby Albarado [who was sidelined for the Derby] is back on him. I think he’s got a very good chance in a wide-open race like this.”

“We are excited and grateful for the opportunity to join the Albaugh family and trainer Dale Romans in what will be an exciting weekend with a big shot in a Triple Crown race. This horse is an outstanding physical that has shown he can compete against the top 3 year olds in the country and we feel he has a big future ahead of him ”, said Bradley Weisbord.

Flay admitted that his winning experience with Creator in last year’s “Test of the Champion” made him extra motivated to try and find a runner for the 2017 edition.

“For a New Yorker to win the Belmont S., it’s harder to have a lot more fun than that,” he said. “I definitely have the Belmont bug now.”