First reported by the Thoroughbred Daily News, the breeding rights to Kentucky Derby contender Irish War Cry have been purchased by a group of leading breeders, and he will stand alongside his sire at Hill `n’ Dale Farm in Lexington, Kentucky upon his retirement. The deal was put together by Bradley Weisbord of BSW Bloodstock.

Irish War Cry, who arrived at Churchill Downs Monday night to prepare for the Kentucky Derby on Saturday, will continue to be solely campaigned by owner and breeder Isabelle De Tomaso and will race in her silks, and Graham Motion will continue to train the horse until his retirement. 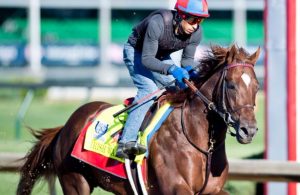 “Curlin has rapidly become one of the world’s leading sires, John Sikura said. “Adding his outstanding son Irish War Cry to our roster is very exciting.  We think he is a colt of classic ability and a world class group of investors has been assembled to support him upon retirement.” 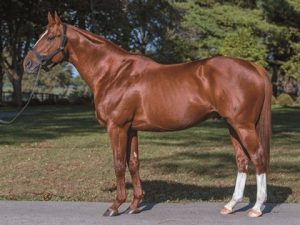 Irish War Cry, bred in New Jersey by his owner, has won four of five starts, including the GII Wood Memorial Stakes, the GII Lambholm South Holy Bull Stakes, and the Marylander Stakes.  His sire, Curlin, a two-time Horse of the Year and Classic winner, is currently standing the 2017 breeding season at Hill `n’ Dale for $150,000 after finishing second on the general sire list to Tapit in 2016. He was the sire of five Grade I stakes winners in 2016, including Preakness winner Exaggerator, Stellar Wind and Curalina.

“This is a win-win for all involved,” said Weisbord. “We are excited to be part of the career of such a brilliant horse, and BSW Bloodstock is grateful we were able to bring together such an outstanding group of partners to build on his legacy.” 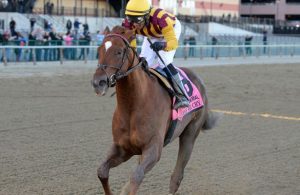 We look forward to rooting him on in the 143rd Kentucky Derby!