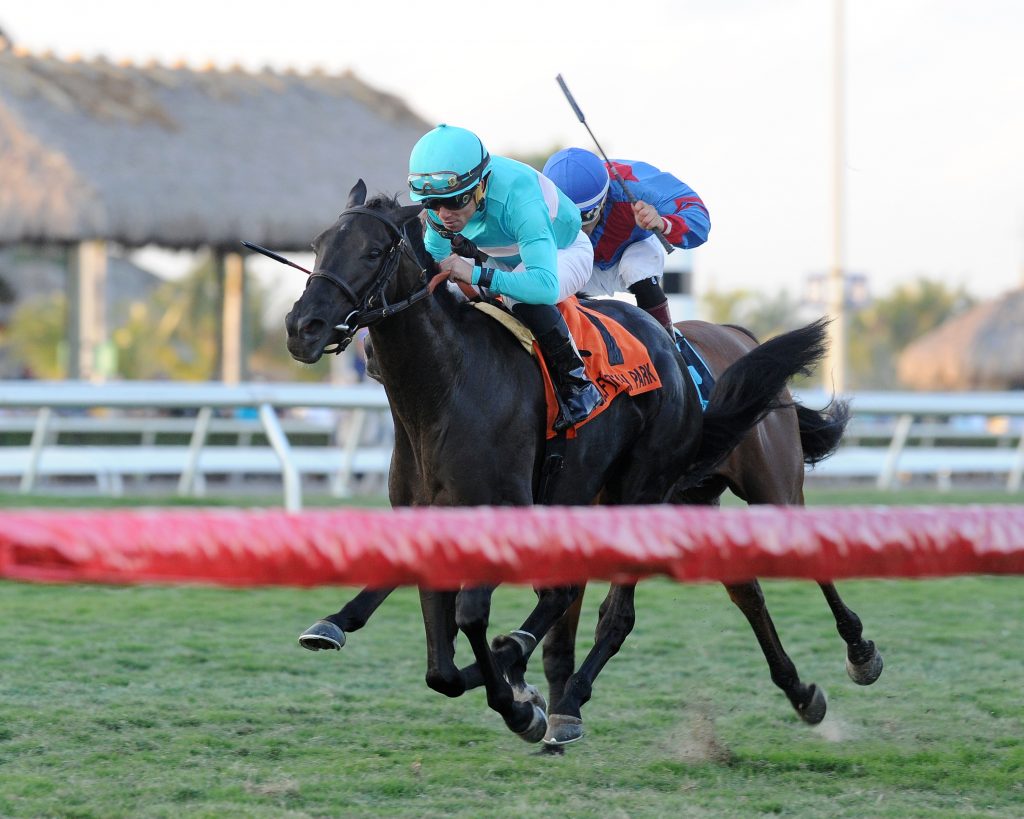 She was purchased privately before the G1 Breeders Cup Juvenile Fillies Turf in 2016. She ran a good effort in that race having a troubled trip but putting in a nice effort closing down the center of the track to get 5th. Chad Brown felt confident she would keep his five year in a row win streak alive in G3 Sweetest Chant and she did just that, making it six consecutive wins. She showed a great turn of foot in this win and earned an 84 Beyer. In the last three years BSW Bloodstock has had a hand in the G3 Sweetest Chant winners career.

This is a great springboard race for the remainder of 2017 for Rymska. She earned an 84 Beyer and will point for a Graded Stake next.