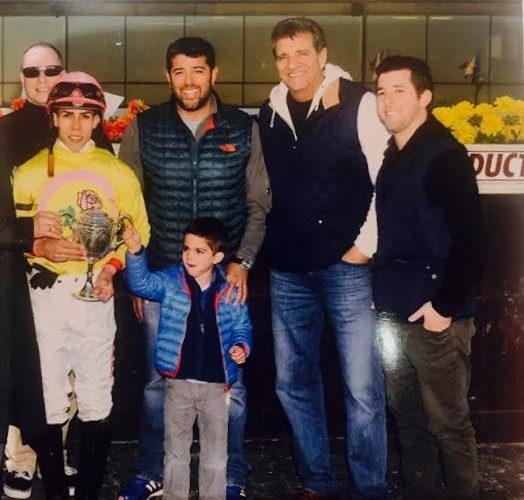 BSW Bloodstock acquisition in August of 2015 came through huge for his new owners on November 14th at Aqueduct Racecourse. Mr Maybe sat behind slow fractions of :26 and :51.1  in eighth position for a majority of the 1 3/8 marathon distance before storming to the lead under Irad Ortiz Jr. around the final turn and spurting away to win by 4 1/4 lengths. This four-year-old gelding by Ghostzapper was just rounding in to form when purchased in August for owners Mike Dubb, Sol Kumin, and Highclere America and has proven his worth quickly earning $201,000 in his last two efforts.

When Chad Brown took over training duties in August he quickly realized this gelding would likely do his best running at marathon distances instead of the 1 mile to 1 1/16th mile distance he had been running. The (G3) Red Smith Stakes was the first Graded Stake try for Mr Maybe and it looks as if 2016 will be full of more big opportunities. Brown said, “We’ll go down to Florida and freshen him up a little bit,” the trainer said. “After this performance today, we have big plans for him next year. I think a mile and a quarter to a mile and a half is his game, and I think this horse can get to the Grade 1 level.”

Congratulations to his connections on a great win!